In the mid 1870's, Ceylon was the largest producer of Coffee. However, a disease first detected in 1869 eventually destroyed the coffee industry.

Meanwhile, a Scottish planter by the name of James Taylor had been experimenting with a new plant - tea. His first shipment to England was a mere 23lbs! The modest success lead to an overhaul of a failed industry. Some 300,000 acres of land had to be stripped of dead and dying coffee bushes and replanted with tea. 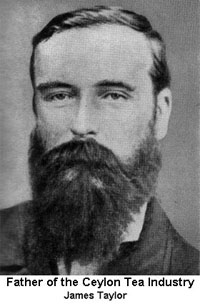 Within a decade, a new plantation enterprise was built in Ceylon on the ruins of the old.

Today, Ceylon produces some of the finest teas in the world. 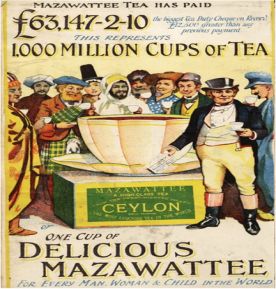